Another month of “I’ll just work on whatever”. Results follow. 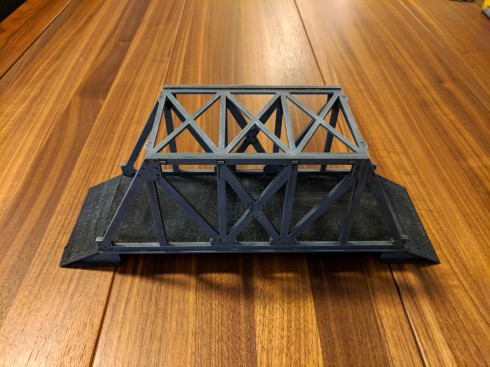 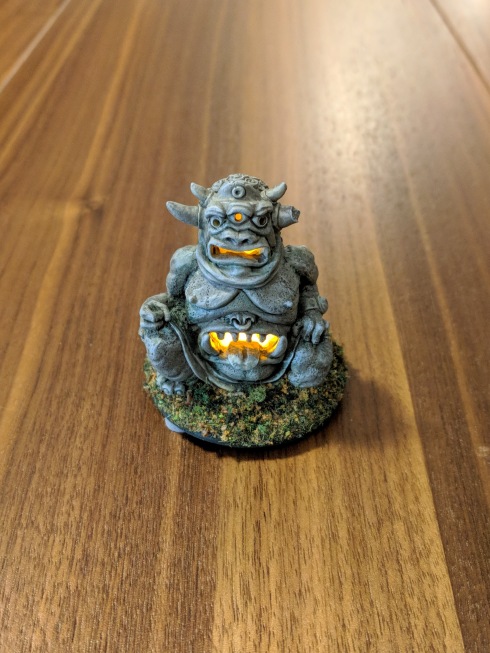 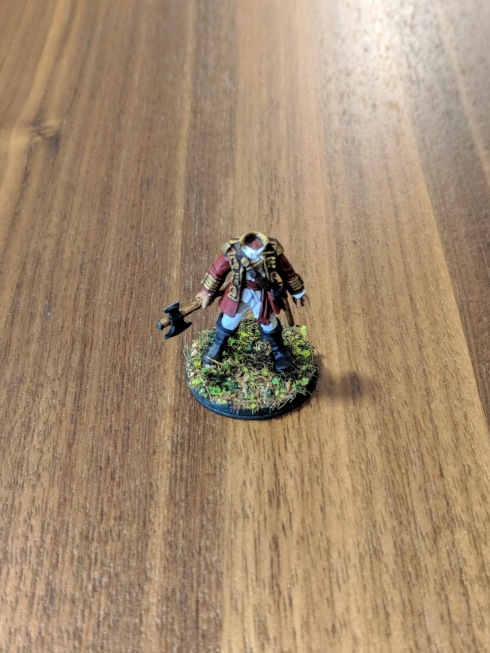 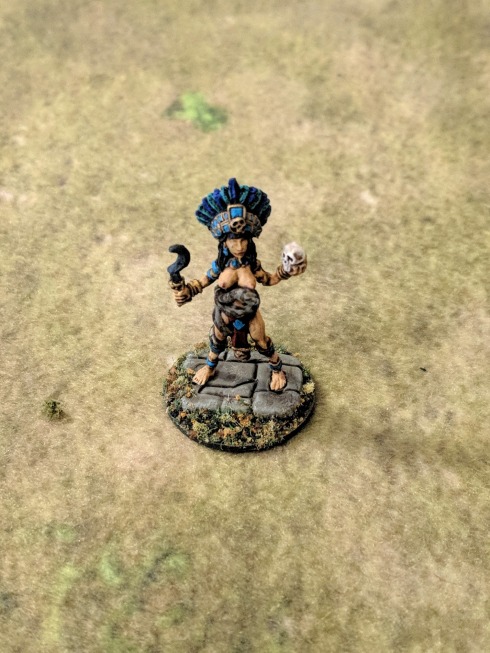 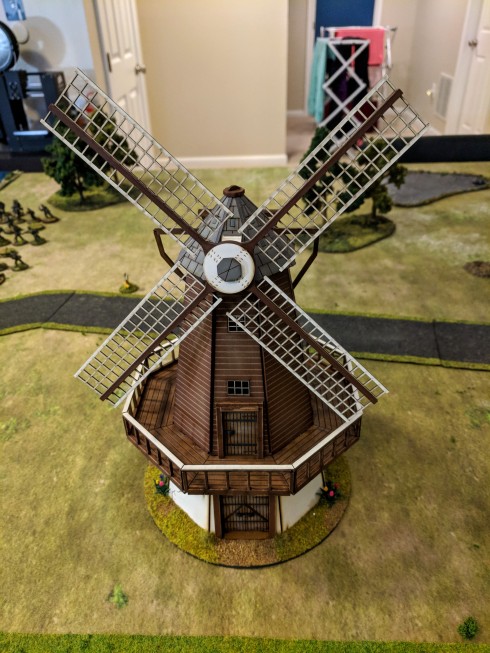 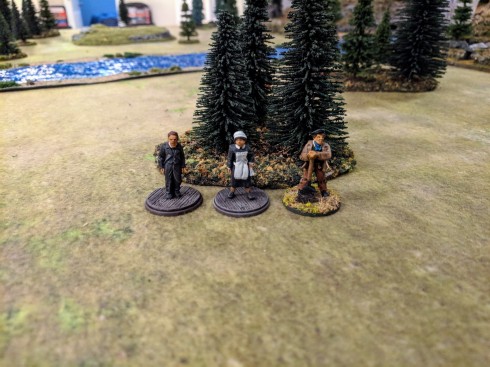 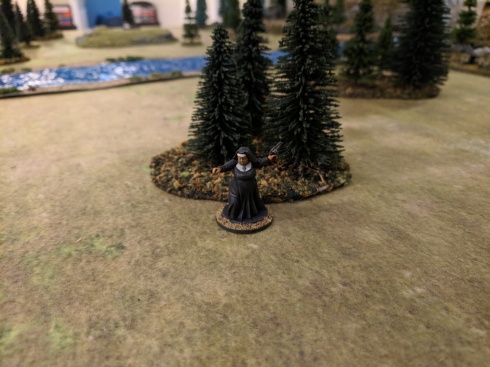 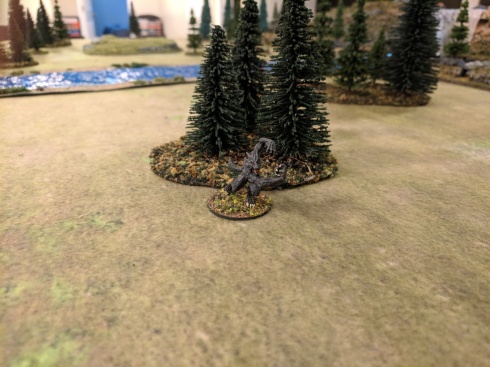 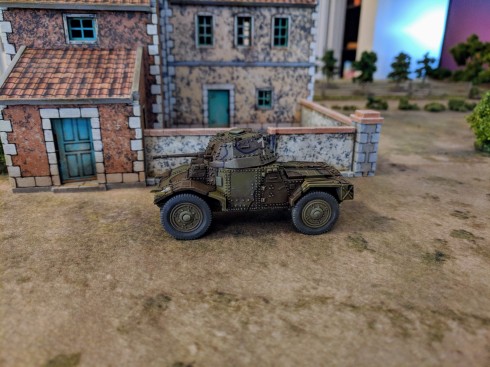 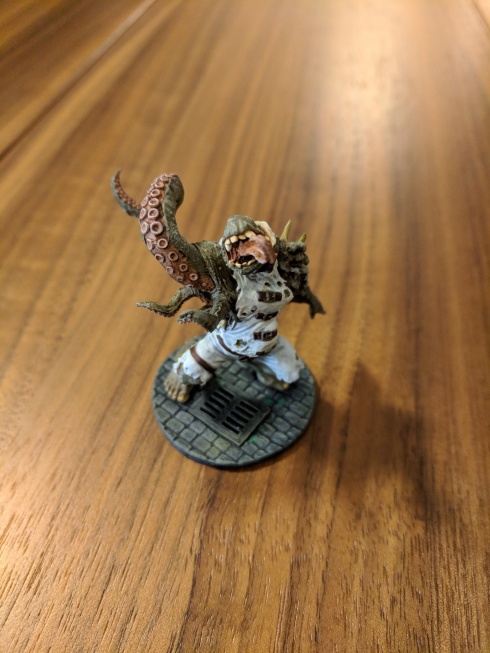 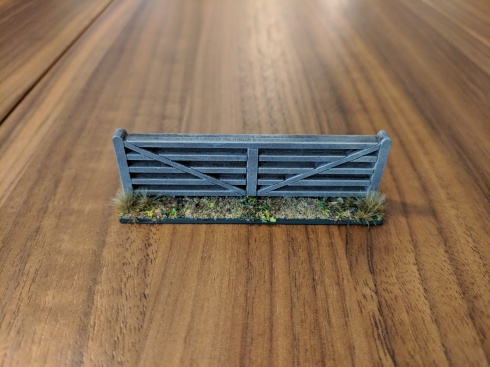 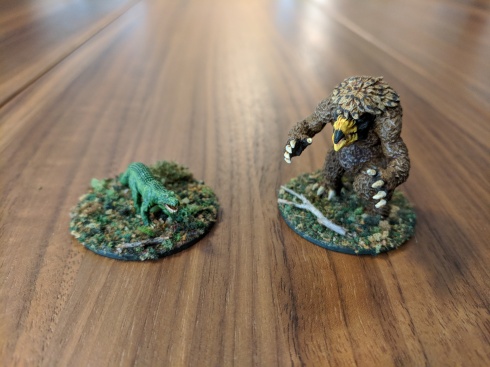 Now that my Cold Wars tasks have been completed for a few weeks, I’ve been leisurely finishing up some unfinished in progress things that have been laying around.

The T-Rex is from Jeff Valent Studios, which I believe is now defunct. I think I bought this at Fall In! in Gettysburg, if that gives you any idea of how long I’ve been carting it around.

These 18th century civilians are from Foundry. I plan on using these for Sharp Practice and Legends of the High Seas. 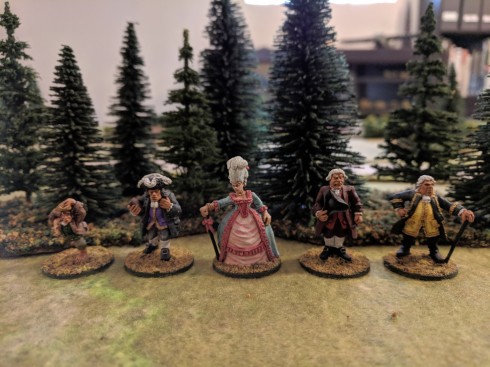 This group is from Conquest Miniatures and includes a Jesuit Priest, a French de la Marine officer and the Last of the Mohicans set. I did a poor job with Alice – I seem to have captured her likeness “post waterfall”. 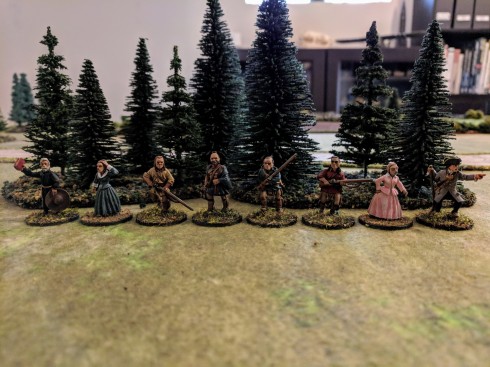 West Wind makes this Kubelwagen, but I’m not sure where the driver came from. The SS are mostly Warlord plastics with a metal figure from…Battle Honors maybe… 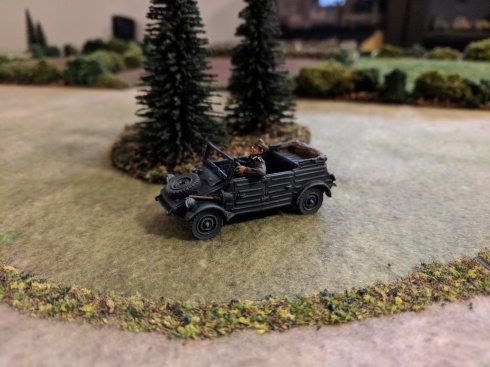 We finally had a short break in the weather, so I was able to fire up the airbrush and finish the Opel Blitz and the sea wall. The truck is from Rubicon and built straight from the box.

I created the sea wall by 3D printing the stone cap pieces which I then affixed to lengths of 90 degree angled styrene. I then created the wall by cutting sections of G-scale corrugated sheet and gluing them to the angled pieces. The backside of the plastic sheeting had the shape I wanted for the wall corrugations. The dock cleats are an O-scale model railroading product. I may circle back and airbrush the stonework a bit more if I have enough time. 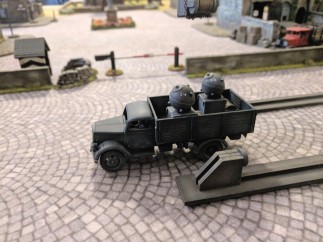 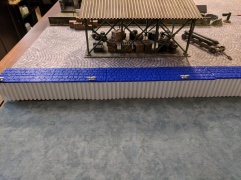 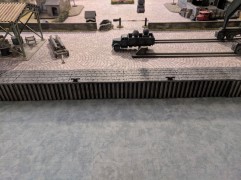 Up next I’ll start working on the U Boat.

Happy New Year everyone. I was able to work a little over the holidays to add some details to the board.

I’m sure it’s somewhat hypothetical, but I wanted a cart with some torpedoes on it. I took a chance and bought a Sarissa Bomb Trailer Set in the hopes that I could modify it to fit some 1/48th scale resin torpedoes I found. Thankfully it worked out pretty well. I only had to shift the cradle pieces up a bit to accommodate the length of the torpedoes. The “fish” are probably meant to be for aircraft, but they work for me.

To add some more weapon supplies to the dock I ginned up these mines. Again not very historically accurate, but that’s okay by me. I took some bits and whatnot from around the house and painted them up. I have an Opel Blitz that I’m going to put these in, but it has been so cold here that I am unable to airbrush in the garage.

Up next I’ll start working on the sea wall and some electrical poles.